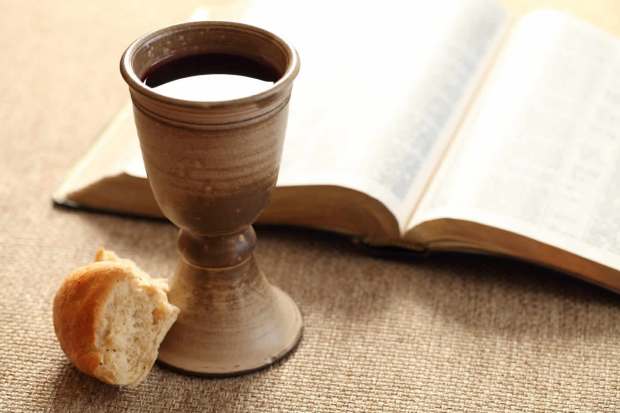 Has there has been a more hotly debated issue in the history of the Christian Church than that of the sacraments or ordinances as some churches call them? From the denial or insistence upon the real presence of Christ in communion to the nature of baptism the Church has divided itself into tiny fragments in an effort to protect these sacred means of grace.

Protecting the sacraments from perversion and misuse is on one hand something the Church should take seriously. However as with anything that God gives to humans without condition we should be careful that we are not placing fences around something that God wants to roam freely and without impediment.

Recently former Vice President Joe Biden was denied communion at a Catholic parish because of his view on abortion. This denial made national news but this issue is not new nor does it only exist amongst Roman Catholics. Many Protestant church bodies practice closed communion and others will only baptize those who have made the proper confession of faith.

In the Baptist church, that I grew up in, the individual looking to be baptized was asked to attend an 8 week baptism class to ensure that they not only understood the Christian faith in general but baptism in particular. This seems a far cry from the Ethiopian Eunuch who after hearing the gospel simply said, “here is water what prevents me from being baptized.” (Acts 8:36) I am not discouraging Christian education or catechesis I just want us to consider why we feel the need to put fences up around God’s grace. Are we afraid of letting the wrong people in? Jesus never has this worry. Despite all of our St. Peter at the pearly gate jokes there are no gatekeepers in heaven. The gate stands wide open inviting all the wrong people in and we would be wise to get out of the way.

In many churches communion is closed to those who are not members of the church or do not ascribe to that denomination’s view of the Lord’s Supper. Even amongst those bodies that do not have “closed communion” there are many that will discourage real-sinners from partaking until they have properly “repented” of their sin so as to not bring judgment upon themselves (1 Cor. 11:29). Paul’s admonition in 1 Corinthians 11 is one that every pastor and Christian should consider and understand. However, Paul is not discouraging actual sinners from partaking he is warning the Church against turning the Lord’s table into a drunken feast where some were being neglected while others were gorging themselves. He commands that no one partake without first “examining themselves then so eat of the bread and drink of the cup” (vs. 28).

A few years ago I attended a men’s retreat where the keynote speaker preached Christ-centered messages of God’s grace for two solid days. The event was wrapped up with a time of worship and communion. A wonderful opportunity for sinful men to receive the goods of the gospel in tangible means. However, rather than freely offer Christ for sinners one of the hosting pastors stood in front of the table and told the men not to partake if they had ongoing sin in their life. I was not surprised, I had seen this happen many times. In fact I have probably said similar things in my past life as a pastor. While not surprised I was grieved. Fences were being placed around God’s means of grace. What would have been better is for the pastor to acknowledge that every man in that room was living in sin (examine yourself) and then proclaim the very words that Christ has given the Church, “you are forgiven.” These are the very keys to Christ’s kingdom that have been entrusted to us, “If you forgive the sins of any, they are forgiven them; if you withhold forgiveness from any, it is withheld.” (John 20:23, see also Matt. 16:19)

As I said, I too have been guilty of erecting fences around God’s grace. In fact one of my most regrettable moments as a pastor took place in the waters of baptism. I was standing in a shallow creek baptizing people in our congregation when the town drunk (we’ll call him Larry) stepped into the waters. I put my arm around him and asked him, “Larry are you ready to turn from your life of drunkenness toward Christ.” Without hesitation Larry responded with, “I don’t think I can do that pastor.” To my shame I turned him away from baptism that day. A decision that brought me much affirmation from my congregation. I received pats on the back and emails telling me how much they respected my stand for holiness. It was not until years later with a very different theological paradigm that I recalled that encounter and was immediately struck with my egregious error. Larry was a better theologian than I was, he recognized his sin and his inability to change.

In both examples that I gave the means of God’s grace (Baptism and the Lord’s Supper) were denied to real-life sinners unless they took necessary steps to prove their repentance. These steps however do not lead to the grace of God they lead to some moral improvement that unlocks the grace of God. This is not Protestant Christianity, this is straight-up medieval Roman Catholicism! This is the very thing that Martin Luther stood so firmly against. To clarify, I am not accusing all church bodies, that practice closed communion or that put some parameters around baptism, of being in error. In fact it was Luther himself, at the Marburg Colloquy, who was unwilling to capitulate with Zwingli over the issue of Christ’s real-presence in the bread and wine. I understand why churches might put some limits on who they commune and baptize. However, for the sake of this article I want us to consider how harmful it can be when we build fences around that which God never intended to be contained. You cannot contain the grace of God. It goes to places we would never allow it to go. It flows downhill from God’s throne right into the ditch with the town drunk. It rushes headlong into strip clubs, crack houses, terrorist hideouts, and yes even the White House. It puts robes and rings on prodigal sons who squander their father’s inheritance on self-indulgence before he’s even dead. Would it be prudent for the Larry’s of this world to get sober and live clean? Of course, but denying them baptism is not going to aid in this endeavor. Larry’s only hope is in receiving the very grace that baptism imparts. Paul in Romans tell us that “faith comes by hearing and hearing through the word of Christ” (Romans 10:17). The sinner needs to hear Christ’s word to him, “you are forgiven, this is my body and blood given for you.” This is what creates faith and imparts salvation. When we turn sinners away from these means of grace, the very word of Christ, we are keeping them from the very thing thing that brings new life. So if we care about the gospel, then it’s incumbent upon us to tear down the fences we have placed around God’s grace and do what Martin Luther suggested 500 years ago…”Let the Bird Fly.”

"This is the work of God, that you believe in Him whom He has sent."